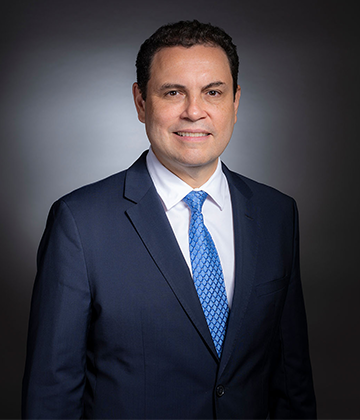 Associate Attorney at law CENTRAL LAW in Costa Rica. Carlos Ricardo Benavides Jiménez is an attorney and notary public graduated from the University of Costa Rica (UCR) and a specialist in Public Law from the Postgraduate Studies System of that university.
He has wide experience in private practice as well as in the public sector. He works as a lawyer in administrative, constitutional and parliamentary law, as well as a legal consultant in investment management. He has been twice a congressman, head of the legislative branch and president of the Legislative Assembly of Costa Rica, Minister of the Presidency and Minister of Tourism. He served two consecutive terms as President of the Executive Committee of the World Tourism Organization (UNWTO). He has been the driving force behind substantive legislation in the areas of tourism, immigration, free trade zones and the country’s incorporation into the Organization for Economic Cooperation and Development (OCDE).