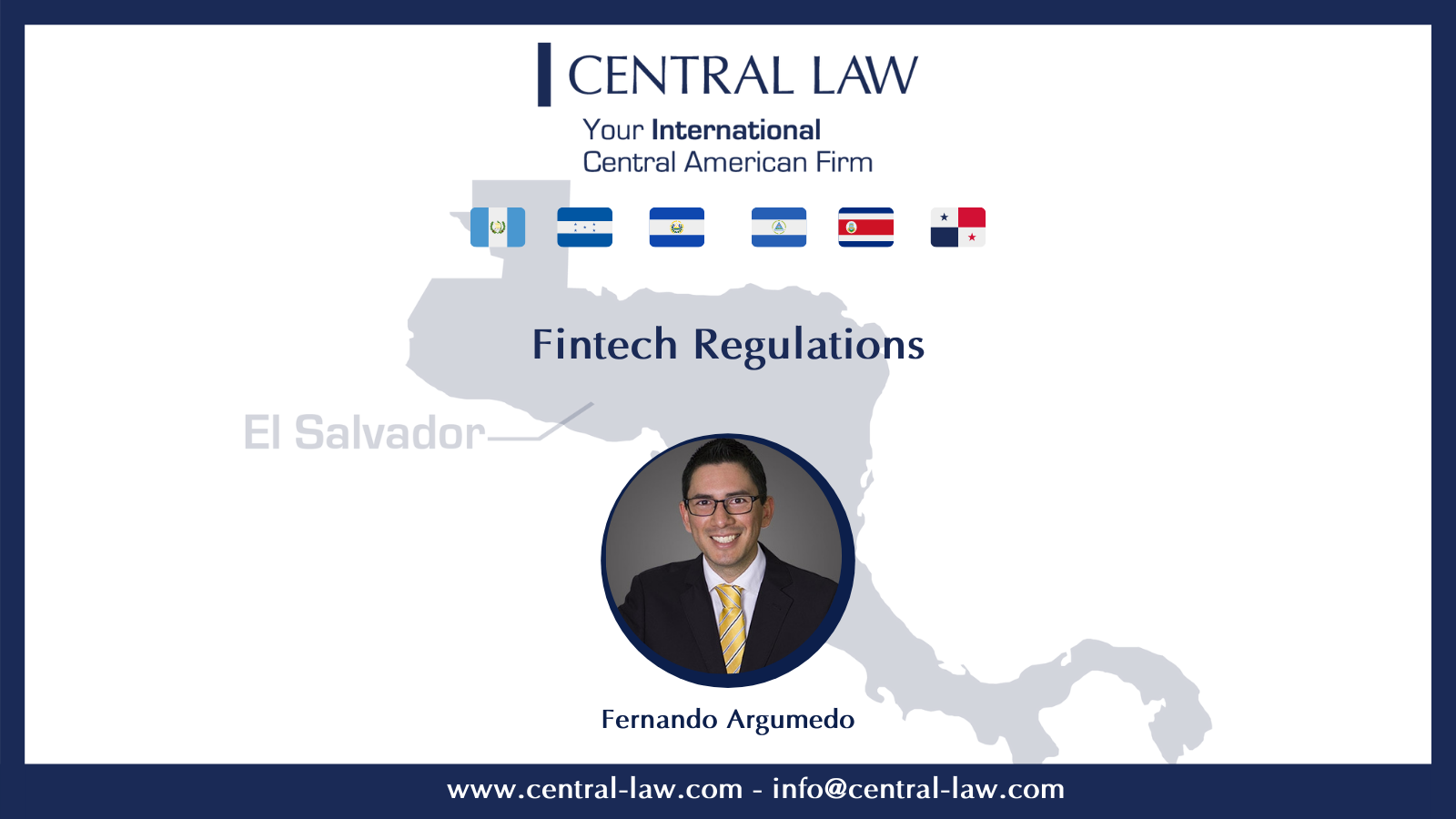 Since 2015 El Salvador has regulations that provide some guidelines on the digitization of Financial services with the intention of incorporating as many users as possible and adapting them to new times with two objectives in mind: the first, to integrate that part of the population that does not have financial products at a very advantageous dynamic that is widely accepted internationally, allowing them to be creditworthy and improve their quality of life; and the second, establish guidelines regarding Electronic Money and the minimum requirements to be met by companies interested in participating as their suppliers.

The regulation is the “Law to Facilitate Financial Inclusion” and its additional implementing regulations dictated by the Superintendency of the Financial System, which has meant an important advance in regards to providing access to financial services to unbanked population, and at the same time, it enables the inclusion of new players in the financial dynamics as are the suppliers of Electronic Money.

However, although this is an advance in the regulation of Fintech, it is necessary that said regulation covers more facets in order to create new business opportunities in a healthy, orderly and safe way for users.

Why? Simple: because Fintechs are much more than a product (electronic money) or a traditional “Banking” service provider. It also cover B2B services, which could support easy and, above all, cheaper transactions made on a daily basis through multiple platforms, could be used to provide safer transactions by establishing minimum requirements, for example for data encryption (even through Blockchain) and integration of it into the existing digital regulation (Electronic Signature Act and Electronic Commerce Act). For this, we consider valuable to develop a broader regulation covering more general aspects of Fintech but taking care to avoid falling into an over – regulation, which in practice will make technological developments impossible.

Some examples of what was explained above are: supporting or encouraging transactions with existing Cryptocurrencies (such as Bitcoin) to make payments by these means; the regulation of capital raising mechanisms (Crowdfunding) as an alternative way of financing; and even the creation of Regulatory Sandboxes as temporary spaces to carry out pilot tests of the new regulation in order to measure its advantages, disadvantages and inconveniences in a defined space where its effects are controlled prior to a general application.

An example of this type of regulation is the “Law to Regulate Financial Technology Institutions” currently in force in Mexico (popularly known as “Fintech Law”), which addresses not only the aforementioned aspects but also others closely related and very important, such as the handling of information flowing through the Fintech services and its classification  as “open data” (which doesn’t contain confidential information), “aggregate  data” (statistical information of transactions that doesn’t allow to individualize the parties) and “ transactional data” (related to the use of a product or service), as well as the authorization levels that users must grant to share data according to their classification .

The relevance of the previous example lies not only in taking advantage of the occasion to locate El Salvador on the map of the countries that are aware of the changes that are taking place on a daily basis worldwide in terms of technological aspects, but also the opportunity that internally exists to facilitate the participation of more  financial actors, achieving greater offer in terms of products and services, an effective inclusion for users who historically have not had access to  banking and the opportunity to generate new sources of revenue and economic growth based on cryptocurrencies.

Therefore, we consider that El Salvador has 2 key factors for the adoption of Cryptocurrencies: the first is that practically 25% of the Salvadoran population benefits from sending remittances, which have a high transactional cost that could be significantly reduced with the implementation of Cryptocurrencies as legal tender, allowing instead payments through ewallets instead of sending remittances payable in Financial Institutions; and second, experiments of this type of economic dynamics have been carried out in Playa El Zonte, where its residents have made a gradual transition of their economy to Cryptocurrency and this has been viable when the population is duly informed regarding the use of said financial assets.

By virtue of all the above, we consider that this is a good time to broadly analyze the phenomenon of Fintech and take the opportunity to generate a regulation that not only covers points already contemplated in other countries, but also establishes the most advanced policies possible for a healthy growth and development of this industry in our country.