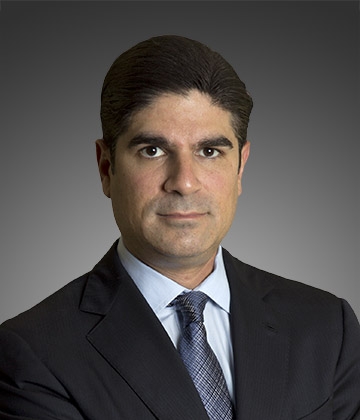 Partner at CENTRAL LAW in Guatemala. Graduated Bachelor in Laws from Universidad Francisco Marroquin, Guatemala and has a MSC. in Mercantile and Competiveness Law from USAC/CIG.

He is the Head of the Foreign Investment Department of the firm and has specialization in the areas of M&A’s, Natural Resources (Mining, Oil & Gas), Energy, International Arbitration and Corporate Law. Juan Pablo is ranked as a leader in the field by Chambers Latin America, Chambers Global, IFLR 1000, IFLR Energy & Infrastructure and Legal 500. He has been recognized as a leading expert in Foreign Investment advice by Corp Intl.

Professional highlights of Mr. Carrasco include the following:
Advised and lead the local strategy in investment and acquisition projects in multiple mining and energy projects which include Nickel, Silver, Gold, Antimony and Petroleum in Guatemala and Central America.

Advised as lead local counsel international arbitrations including the first ever DR-CAFTA Investor vs State dispute in Washington DC., which was ruled and executed on behalf of the investor.

Ranked by Chambers and Partners 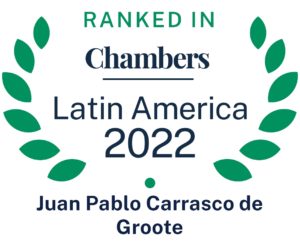 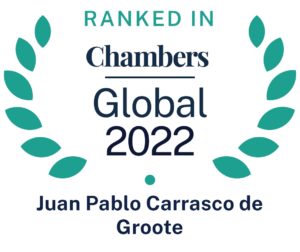