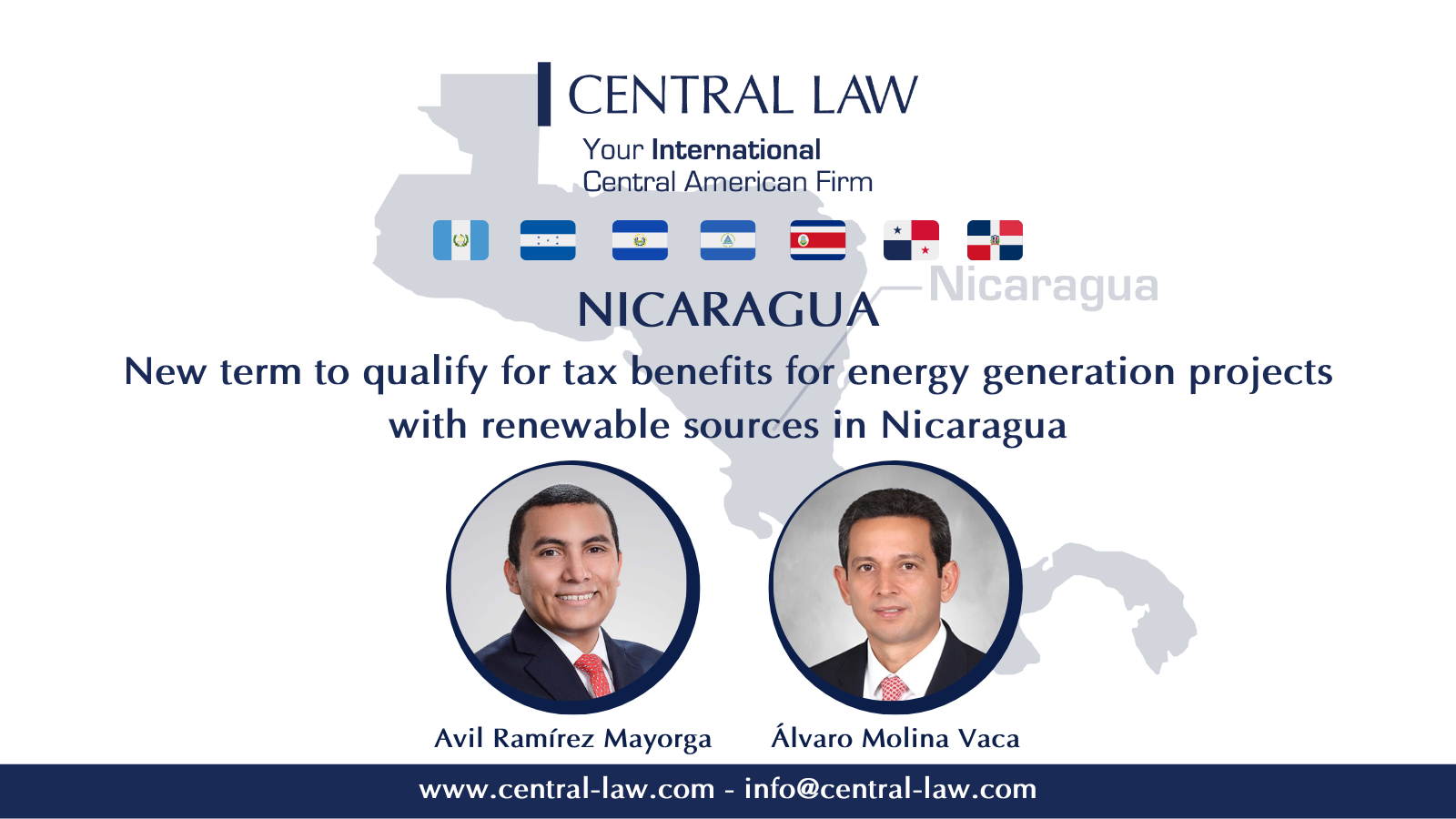 Law No. 532, “Law for the Promotion of Electricity Generation with Renewable Sources”, was approved and entered into force in 2005 with its publication in La Gaceta, Diario Oficial No. 102 of May 27 of said year, arising in order to promote the development of new electricity generation projects with renewable sources and projects that carry out expansions to the installed generation capacity with renewable sources and that are currently in operation, as well as electricity generation projects that use biomass and/or biogas produced sustainably as a source, establishing fiscal, economic and financial incentives that contribute to said development, within a framework of sustainable use of renewable energy resources. For national and international investors to benefit from the tax incentives established therein, an initial period of ten (10) years was granted, which ended on May 27, 2015, but were extended twice until January 1, 2023.

Being close to the deadline for the expiration of the period to avail themselves of the benefits of Law No. 532 and still pending the development of a series of energy generation projects with renewable sources incorporated in the Indicative Plan for the Expansion of Power Generation 2021 -2035 approved by the Ministry of Energy and Mines, the National Assembly approved Law No. 1143, “Amendment Law to Law No. 532, Law for the Promotion of Electricity Generation with Renewable Sources” that has entered into force on Monday December 19, 2022, date on which it was published in La Gaceta, Diario Oficial No. 237, by which article 8 of Law No. 532 is amended, extending the term to benefit from said law for a period which shall end on January 1, 2028, both for new projects and for expansions to the installed capacity of projects in operation.

At Central Law we have an experienced team of lawyers who will be able to advise you in the most diligent way in energy generation projects with renewable sources.