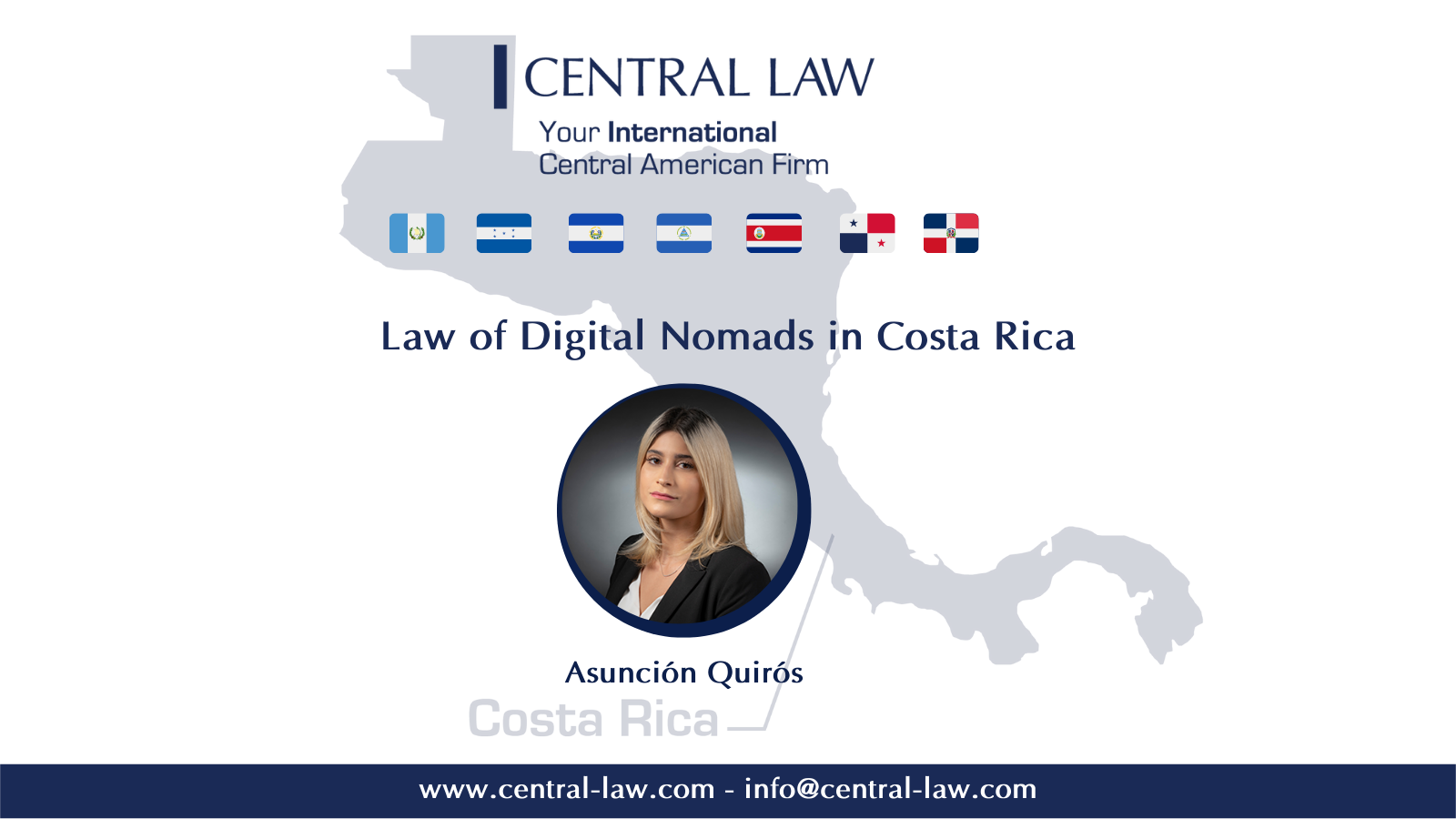 Last July 4, the President of the Republic of Costa Rica, Rodrigo Chaves, the Minister of Tourism William Rodriguez, the Minister of Government and Police, Jorge Torres and the Minister of Finance, Nogui Acosta signed the regulationes for the Law 10.008 known as “Law of Digital Nomads”, which establishes the conditions of entry and stay for foreign professionals.

The legislation had already been approved in second debate in July 2021 by the previous Congress and on August 11 of that year, former President Carlos Alvarado signed it. At that time there was a term of two months for the Government to formalize a regulation, but due to differences that existed between the National Tourism Institute (ICT) and the General Directorate of Migration and Foreigners (DGME) hindered the process of said regulation.

William Rodriguez, the Minister of Tourism mentioned that there are 35 million digital nomads globally and 50% come from the United States, which is the main market of tourists in the country, so if Costa Rica manages to capture 0.25% taking into account only the monetary income of a single traveler of $3,000 per month, the country would have an income of $3,125 million annually.

The Law and the new regulation allows foreign workers who work in digital services remotely, to stay in the country for one year, extendable to one more. The new regulation comes with modifications that will speed up the process of immigration status as digital nomads in the country, for example, a new sub-immigratory category called fifth instance is created where there is a maximum of 15 days to resolve the request of the foreigner, as well as the process can be done through the digital platform Trámite YA.

One of the main characteristics of the new regulation is that it exempts foreign digital professionals from paying taxes on the importation of basic personal computer, IT, telecommunication, or similar equipment, they have total exemption from tax on their profits and from complying with the formal and material duties before the General Directorate of Taxation, since they will not be considered as habitual residents of Costa Rica for tax purposes of the country.

Likewise, the new regulation exempts foreigners from having to apostille migratory documents such as criminal record certificates of foreigners from the United States, Canada and the European Union, in case of other countries, the background criminal certificate will be requested. In order to prove a stable monthly remuneration for an amount equal or higher than $3,000 (if the person is a single traveler) or $4,000 if the person wants the same benefits for his/her family group, the new regulations establish that foreigners will only have to present the original statements of account of their bank through an affidavit, applying article 15 of the Law of Protection of the Citizen from Excess of Requirements and Administrative Procedures.

In the same way, the documents that come in a foreign language must have a translation that can be issued by an official Costa Rican translator, a qualified person from the issuing country or a Costa Rican notary public who knows such language.

Using the aforementioned digital platform, Trámite Ya, the foreigner may submit their form and once the migratory status is granted, they will be authorized to enter the country and will have 3 months to process the necessary documents and attend an in-person appointment to take photographs and biometric requirements, as well as submit a valid passport in good condition, a medical policy for the worker and their dependents and proof of legal payments for the issuance of the document and obtaining the migratory category.

Law 10.0008 and the new regulation have favorable aspects for the country, so the process was designed to be rapid and digital with the least amount of requirements for the foreigner and thus be able to position Costa Rica as one of the main places of housing for the wide market of digital nomads.