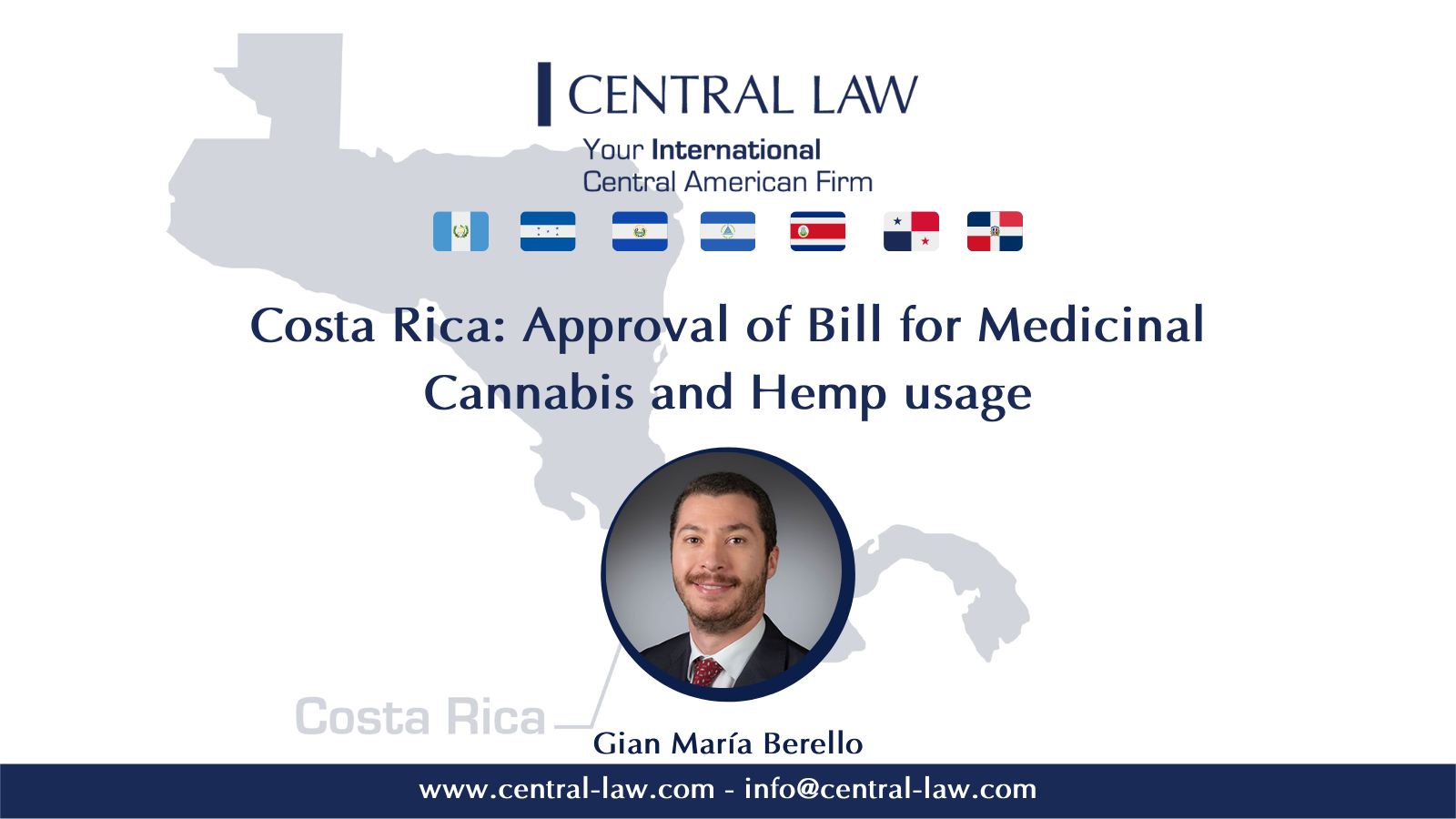 On January 27, 2022, President Carlos Alvarado Quesada partially vetoed Bill No. 21,388, “Cannabis Law for medicinal and therapeutic use and hemp for food and industrial use.” Said veto made specific reference to articles 5, 25 and 26 of the tax, which refer to the possibility of self-cultivation of hemp without authorization and domestic self-cultivation for self-consumption of cannabis for medical and therapeutic purposes. Before the veto, the commission of congressmen and congresswomen that ruled on the text, agreed to adopt the changes requested by the Executive Branch. The text was again voted on in two debates in Congress, the last one on March 1, 2022, with the approval of 35 votes.

With a few hours of difference to the approval in the second debate, the text of the project was signed by the President of the Republic. Currently, the only requirement for the bill to become law is its publication in the Official Gazette.

With the changes incorporated, it is required to have a license for the cultivation, production, and marketing of hemp, as well as its products or by-products for food and industrial purposes. Previously, article 5 indicated that these activities were free of said permits (in addition to those already required for the industry). Likewise, article 25, which previously regulated the medical condition of a patient for the use of cannabis, was completely modified, eliminating domestic cultivation for said purposes. Article 26 was also modified in its entirety, eliminating self-consumption for patients diagnosed with a condition treatable with cannabis. It was replace with a list obligations for the people who produce, have licenses or permits for the exploitation of hem and cannabis.

In summary, the new text eliminates the possibility of self-consumption and aquaculture of both hemp and cannabis and adds a series of requirements for the exploitation of both products by the industry. This issue generated quite a bit of controversy, since the congressmen and congresswomen who have always been in favor of the text and promoted its processing, condemned that the Executive Branch at no time demonstrated its opposition against the three articles that regulated self-consumption and aquaculture, and it was not until the presidential veto that the news broke.

Despite the changes made and the new limitations, this law is undoubtedly a great advance in the economic, industrial, social, and medical fields for Costa Rica. The country will join the group of States that currently regulate the use of hemp and cannabis, which will allow Costa Rica to enter a world market with a projection of approximately $35 billion dollars by the year 2025. Likewise, this law it is interpreted as the first step towards a possible and future total decriminalization of the use of cannabis, an element that would become an important mechanism in the endless war against drug trafficking.

With the publication in the Official Gazette, the institutions of the Executive must issue the respective regulations for the application of the law.