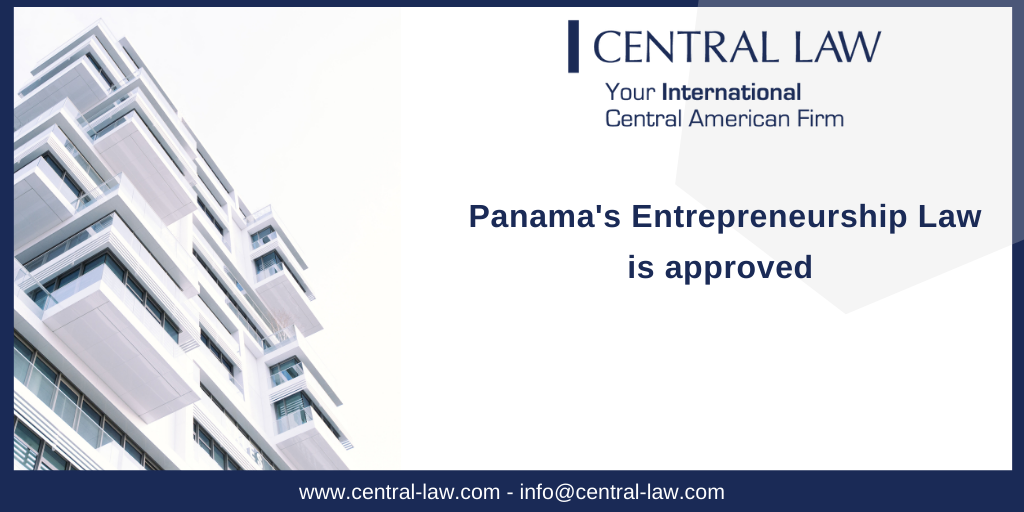 The Official Gazette of the Republic of Panama has published law 186 of December 2, 2020 called the Entrepreneurship Law that regulates entrepreneurship companies in that country and seek to simplify the way companies are set up in a more agile way.

Ana Cristina Arosemena Benedetti, partner of CENTRAL LAW in Panama, has been working on the drafting of the Entrepreneurship Law together with a prominent group of lawyers and professionals from different sectors, among them, the independent deputy Raúl Fernández, driver of the law.  The hard work of a year and a half finally became law on December 2 when it was sanctioned in the Presidency of the Republic, Salon las Garzas, Salon La Paz.

The creation of the law involved teams from different professional fronts as government officials in the Innovation sector, Trade and Industry, Micro, Small and Medium Enterprise Support, legal team and group of entrepreneurs who addressed their concerns about the lack of regulation of ventures in the country and which finally achieved a regulatory framework to support them.

Among the benefits of this new law are the following: 1) ONLINE PROCEDURES, 2) NO RESIDENT AGENT PAYMENT, 3) NO FISCAL PRINTER, 4) TAX EXONERATIONS, 5) RECEIVE DONATIONS, 6) EXEMPT OF ANNUAL RATE “TASA UNICA”, 7) BORN WITH OPERATION NOTICE.

The entities involved in the process of supporting entrepreneurship companies are: AMPYME where the constitution information is completed and business registration is granted; NATIONAL GOVERNMENT legalizes standard status; PANAMA PUBLIC REGISTRATION enrolls the company; DGI gives you RUC number; PANAMA EMPRENDE issues notice of operations and the SUPERINTENDENCY OF NON-FINANCIAL SUBJECTS registers the final beneficiaries.

Panama has a great potential of entrepreneurs who with their businesses underway could activate the economy even more in the short and medium term.

Panama supports micro, small and medium-sized enterprises and entrepreneurs, who are a large percentage of the country’s population. Entrepreneurs are drivers of the economy who have innovative ideas to do business and now have the legislation that gives them a legal framework to their ventures.