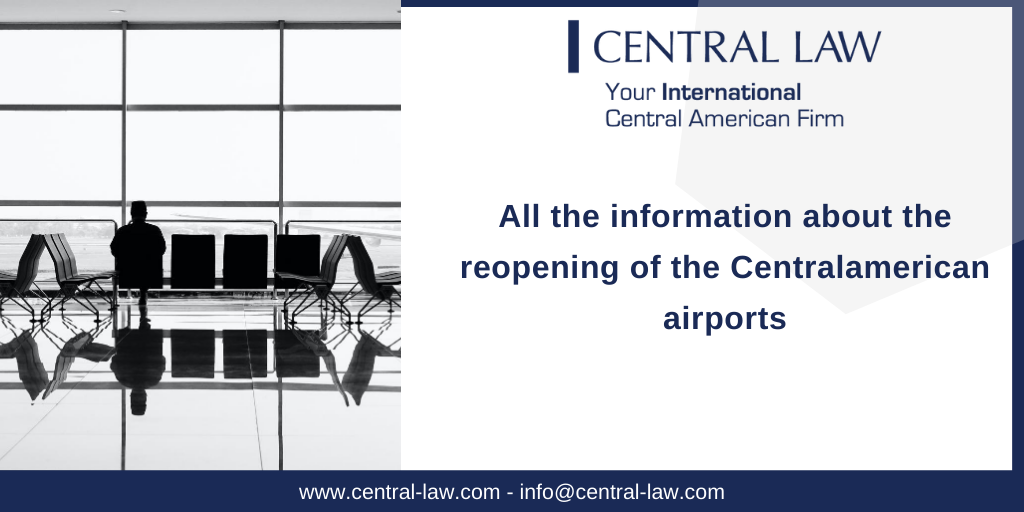 After five months closed by the coronavirus pandemic, airports in the Central American region will open their doors progressively and depending on the evolution and control of the disease in each country.

In this context, health authorities have created measures to be implemented by airports, airlines and passengers so that there is the greatest possible precaution when travelling.

In principle between August and September, Central American airports would resume operations taking into account the timetables for the return to normal of each country.

It opened its international airports on August 1st for flights from European Union countries, the United Kingdom and Canada.

Augusto Sandino International Airport is scheduled to reopen in August, as announced by the Nicaraguan Institute of Civil Aviation (INAC).

It plans to reopen its airports to first serve local flights and then receive international travel. The Honduran Civil Aeronautics Agency has reported that the entire air transport supply chain is ready with biosecurity, health, training and investment measures to start with the commercial activity.

Tocumen International Airport is scheduled to reopen on 21 August to start commercial operations for tourists from countries with pandemic control.

It works on implementing all health protocols to restart air traffic and according to the Directorate General of Civil Aeronautics (DGAC) plans to open the operations of La Aurora International Airport for commercial travel around September.

It works to open the Arnulfo Romero air terminal in September to welcome passengers and commercial flights with strict biosecurity protocols.

For more information on these and other measures of COVID 19 and for legal advice regarding Tourism and Business in each country of Central America, contact us at info@central-law.com