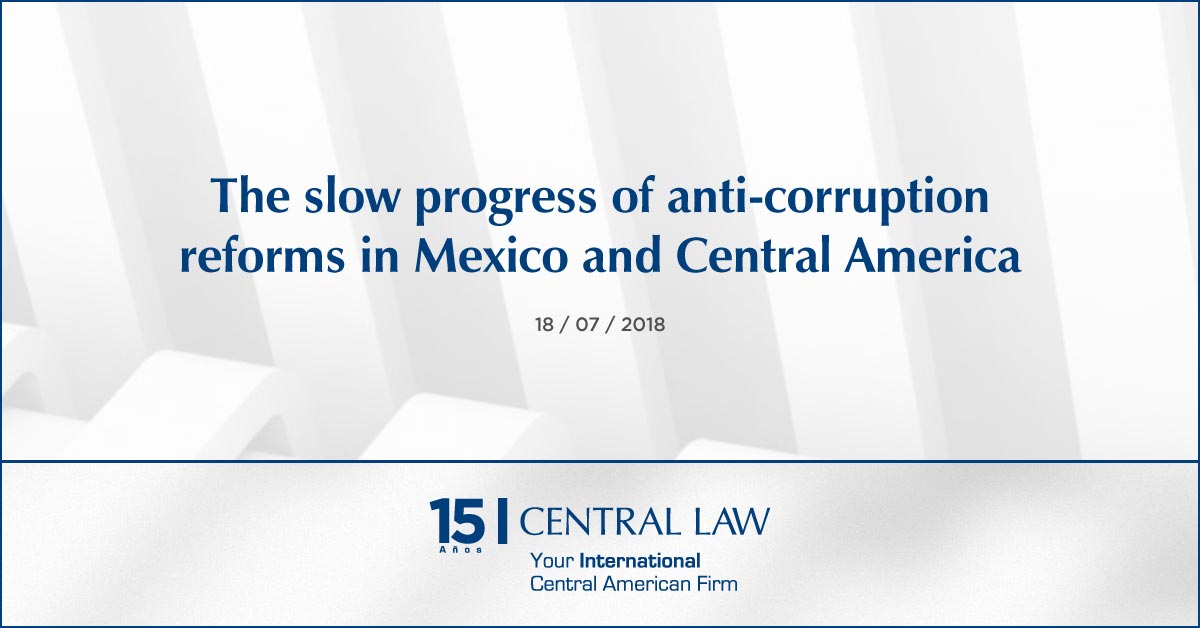 Holland & Knight partner Emil Infante and associate Manuel Miranda consider the anti-corruption strategies of Mexico and several Central American countries and make a case for why the countries should establish independent bodies with investigative and prosecutorial powers.

Over the past few decades, the UN and numerous countries have urged Mexico and Central American nations to establish independent anti-corruption bodies to combat bribery and impunity, issues that have plagued the region for years. High-profile scandals have also increased the calls for oversight from the general public within those countries. The US set the standard in 1977 when it enacted the FCPA, which gives it broad jurisdiction to fight bribery and corruption, but progress in Mexico and Central America to establish similar measures has been painfully slow, with some strategies gaining more traction than others.

One of the first breakthroughs came in 2006, when the government of Guatemala and the UN created the International Commission Against Impunity in Guatemala – better known by its Spanish acronym, CICIG – to fight corruption and impunity in Guatemala. The CICIG was structured as an independent body with investigative and prosecutorial powers, and is headed by an appointee of the UN secretary general. The CICIG was given a clear mandate: fight large criminal organisations that have infiltrated government institutions.

Over the past few years, the CICIG has been actively investigating and prosecuting corruption cases. Some examples include the resolution of the investigation into the murder of Guatemalan lawyer Rodrigo Rosenberg – who, the CICIG has found, had ordered his own killing – the indictments of former President Alfonso Portillo and former Interior Minister Carlos Vielmann, and the uncovering of criminal networks and assassins working in the national police. The CICIG was also instrumental in the 2015 arrests of then-President Otto Pérez Molina and former Vice President Roxana Baldetti, who stand accused of receiving bribes from businesses seeking to evade customs duties. Pérez has been in custody since 3 September 2015. Guatemala’s progress fighting corruption and impunity has led many to conclude that the CICIG should serve as a model for other nations in Latin America seeking to combat bribery and corruption.

On 19 January 2016, the Organization of American States established a corruption-fighting commission in Honduras with the hope of replicating the success of Guatemala’s CICIG. The Support Mission Against Corruption and Impunity in Honduras, known by its Spanish initials MACCIH, was established after months of mass demonstrations in the country demanding the resignation of Honduran President Juan Orlando Hernández and the creation of an international commission against impunity. The MACCIH is composed of judges, prosecutors and police officers, and its main tasks are preventing and fighting corruption and reforming the criminal justice system. However, unlike Guatemala’s CICIG, the MACCIH does not have the authority to independently investigate and prosecute cases.

Despite the significant progress made in Guatemala and Honduras, commentators agree that much work remains to be done. For example, many observers have pointed to the Odebrecht bribery scandal as another example of Mexico and Panama’s unwillingness to investigate and crack down on corruption. On 21 December 2016 it was disclosed that Odebrecht and affiliated petrochemical company Braskem had agreed to pay at least $3.5 billion in fines to the US, Brazil, and Switzerland, the largest combined penalty ever in a foreign bribery case, after the largest engineering company in Latin America admitted to bribing government officials in to secure lucrative construction contracts in 12 countries, including Mexico, Venezuela, Panama, and the Dominican Republic. The Odebrecht bribery scandal, described as “systematic and complex” by Brazilian federal prosecutor Carlos Fernando dos Santos Lima, reignited calls for other countries in Latin America to follow in Guatemala and Honduras’ footsteps and establish independent prosecutor offices charged with investigating bribery and corruption. Although the Odebrecht case caused several countries in Latin American to immediately investigate and detain high-ranking government officials, other countries, such as Panama and Mexico, were slow to react.

According to testimony provided by Odebrecht officials, Emilio Lozoya, the former coordinator of international affairs for President Enrique Peña Nieto’s political campaign, and former CEO of Petróleos Mexicanos (Pemex), allegedly received at least $10 million in bribes from Odebrecht in different instances. In 2012, while serving on Peña Nieto’s campaign, Lozoya reportedly received a bribe aimed at influencing the outcome of the bidding process and public contracting at Pemex. Lozoya served as the company’s CEO between 2012 and 2016, during which time Pemex awarded Odebrecht $1.1 billion in public contracts. Lozoya has denied the bribery allegations.

In 2017, Santiago Nieto Castillo, then-head of Mexico’s Special Prosecutor’s Office for Electoral Crimes, launched an investigation against Lozoya concerning the allegations that Lozoya had received bribes while working for Peña Nieto’s campaign. After launching the investigation, Nieto Castillo reportedly faced intense pressure and threats from Lozoya. A few months later, Nieto Castillo was terminated from the federal Attorney General’s Office (Procuraduría General de la República, PGR) for allegedly failing to comply with the code of conduct, a move that effectively stalled the Special Prosecutor’s Office’s investigation. On 18 April 2018, Mexico banned federal institutions and state government agencies from doing business with Odebrecht for the next two-and-a-half

years and fined the company approximately $60 million. Nevertheless, no other investigations into high-ranking government officials stemming from the Odebrecht scandal have been announced.

In 2014, Mexico’s Congress approved the creation of an autonomous Fiscalía General aimed at replacing the PGR. Due to its lack of autonomy, the PGR has historically been used as a tool by politicians to place their allies and fellow party members in leadership positions, leading to inefficiency and impunity. The 2014 reforms eliminated the structure by which an office of the executive branch – PGR – was tasked with investigating and prosecuting federal crimes, and granted the Fiscalía General the freedom and autonomy to investigate and prosecute instances of corruption without influence or undue prejudice from the executive. The government, however, has yet to appoint the first autonomous national prosecutor to lead the Fiscalía General.

On 1 July, leftist Andres Manuel López Obrador was elected as Mexico’s next president, with his party allies scoring significant victories in the Senate. López Obrador vowed during his presidential campaign to transform Mexico, fight corruption, and oust the “mafia of power” governing the country. López Obrador – labelled by many a “man of the people” – and his fellow party members in the Senate will now have the opportunity to appoint the first autonomous national prosecutor in Mexican history, an appointment that is long overdue and should be undertaken swiftly. Following a violent election campaign that saw over 110 politicians get murdered, Mexico’s newly elected government must ensure that it appoints a prosecutor who will not be intimidated by the establishment or be hesitant to combat bribery and corruption at all levels of the government.

In Panama, calls for reform intensified when Brazilian prosecutors accused the Panamanian government of failing to timely cooperate with the Odebrecht investigation. Surprisingly, Panama’s ability to successfully prosecute corruption cases was publicly questioned by Panamanian President Juan Carlos Varela, who called on all citizens to support the fight against corruption and remain vigilant.

Although several Central American nations have made significant inroads in their fight against corruption, it is clear that much work remains to be done. Countries should continue to enact measures aimed at combating impunity and corruption, such as establishing independent bodies with both investigative and prosecutorial powers. Investigative bodies with no prosecutorial authority lack a critical enforcement mechanism that prevents them from being able to effectively fight corruption. The ability to bring charges against the entities and individuals who have engaged in criminal activity is a valuable tool that every independent body should have at its disposal. Indeed, what is the point of having independent investigators if the prosecutorial authority continues to be bestowed upon the same individuals who had been unwilling to combat corruption in the past?

Emil R Infante is a partner and Manuel Miranda is an associate with Holland & Knight in Miami. Both are members of the firm’s Latin America investigations team.

“Free trade zones in Nicaragua and the november international conference”

The change of contracting conditions and the contractual adjustment